Find your way to a story of love, passion, adventure and learn about Kimberly Summers, who has a secret she can’t tell anyone that forces her to walk the line between good and evil. Half human and half otherworldly, she must keep the opposing forces inside her soul balanced so she lives the life she dreams of. 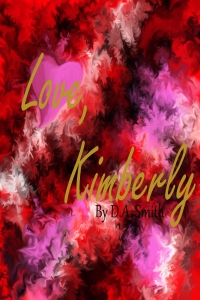 Come follow the story of Kimberly Summers as she makes use of otherworldly powers to make the lives of many people better and knows the very roots of what it takes to give women the greatest feelings. 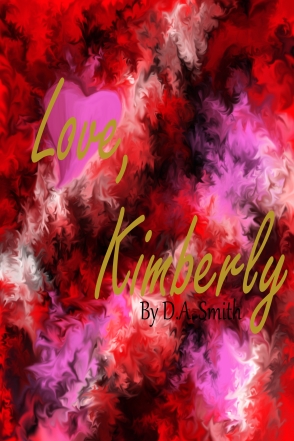 Laura and Isha invite you to follow along as they escape the clutches of a serial killer then discover a great love is waiting on the outside. 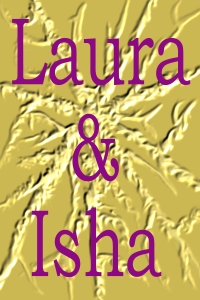 When the word is love, does it matter who the participants are? In My Ocean Love, I explore a relationship that would have many up in arms but, as you read about their journey, it must be asked, is it really ours to tell others that it is wrong when the love is this true and lasting?

Follow Jazz Tesler and her fellow World Democratic Council agents in the year 2169 as they’re forced to do battle with several criminals that raise the bar when it comes to brutality. Along with enforcing the law in the modern era, Jazz also discovers a love that will provide her the strength to get through the darkest of fights. 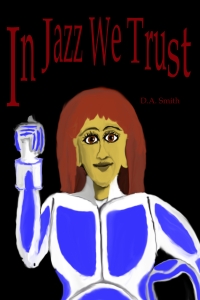 Through a terrifying experience, Laura & Isha discover a love of a lifetime and because of a split second decision they change the lives of many of the people in their lives.

Hello to all you readers out there;

My name is Deana Boller. I’d love it; if all those who enjoy stories of those overcoming great tragedies would read my tale. My great nemesis, Ryan Gilpatrick, brings to my life more terror and pain than I’d ever thought, I could endure. As a genius, he starts by using science but discovers magic and uses this; to cause me more pain.

I begin to find recovery when I meet Doriane Lavoie; the mystic I turn to for help when I finally reach the decision to fight back. Through finding my teacher, I find more than I ever hoped for; as she instructs me in magic, love and strength. 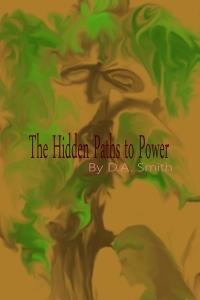 Did you ever have dreams, your life would go one way, and have it derailed into a totally unexpected one in a flash? This is the situation Deana Boller finds herself in, as Ryan Gilpatrick gains and obession with her, when she defends him from a bully. A life going just as she wants it, gets turned on its head, from nightmares too horrible to imagine, but leads her to a life, she loves more than the one she was aiming for. A small bit of science leads to a hidden world of magic, in The Hidden Paths to Power.

This is a little more than the one page I was mentioning. It’s roughly 3 pages but gives a good taste; I think; of where I’m going with it. The story will eventually lead into the fantasy elements I enjoy using. Please tell me if you like it or not.

The title I’m working with right now is, The Hidden Paths to Power. The story is about a girl who has some horrible experiences but leads her onto a path she could never have guessed possible.

We stood there, facing each other on the cusp of a war between us. I displayed all the rage and hate I could at the boy who would lead me down a path I could not have foreseen. He stared back with as much hate because I refused to give him what he wanted.

Now he was poised to take his anger out on the world and it would be my job to stop him. Why were we at such odds? That was tough for me to answer because I didn’t live in his head so could only speculate about why he felt the issues between us were worth the cost to innocents; who had nothing to do with us. I wouldn’t have anything to do with him if he didn’t force our confrontations.

As I stood there waiting to see what he would do next, I thought back to when it began…

I suppose the real beginning was when we started high school together. We’d been in the same schools since kindergarten but had little in common. If I forced my brain to remember I think Ryan Gilpatrick and, I; Deana Boller, talked maybe five times before high school. I don’t believe I flaunted the fact that I was the blonde, popular girl. I went to school, hung out with my friends and never went out of my way to be mean to anyone.

We lived in Aurora, Colorado which meant the population of kids to socialize with was huge. Was I supposed to feel bad because one boy slipped my notice?

The start of our freshman year in high school was nerve-wracking for all those who were entering a new world. I spent my days just getting used to the environment and the difficulty of the work. I was chased by nearly every boy but I hadn’t allowed boys to take up my concentration because I had a legacy to uphold and it was important to me to uphold that legacy.

The four girls I called my best friends were all I wanted. Where in the rulebook does it say that if someone gains an obsession with you; you’re obligated to give that person your attention? Maybe much of what occurs later could have been prevented had I been aware of this issue.

That, I think, is where the real issue started. I didn’t even know Ryan well and it hadn’t been a priority for me.

That’s no excuse for how he reacted. Half of our freshman year was in the history books when I came to school one morning to see Trevor McShane; the school bully; harassing Ryan. I can’t say that I wouldn’t do the same thing as I did even knowing what I know now.

Ryan was the school target for all the mean things anyone wished to dish out because he let others bully him. I never joined in as I saw Ryan for what he had the potential to be. He was the smartest kid in school and had a fondness for inventing gadgets. Unfortunately this love of the mechanical left Ryan with little desire to get out and run or play a sport; or anything that would give him some muscle.

I came up behind Trevor saying, “You look like a dork holding him like that. Why don’t you let him go and stop looking like a fool?”

Trevor let go of Ryan and spun around, “I think I’m going to get a kiss from you in payment for sticking your nose in my business, blondie.”

I got a little perturbed as I responded, “I’d rather kiss the droppings left by Mr. Carter’s rats.”

Trevor decided that my being a girl didn’t rank high on his priority list and he swung his fist. Having a dad who was a tad overprotective of his little girl meant that I had been in lessons since I could walk on how to protect myself. I ducked the clumsy swing and came up with my books to his nose and my knee to his groin. It was interesting to see which part of his body he felt the need to protect with his hands as he slumped to the ground.

This situation quickly gained the notice of the hall monitor when he finally showed himself. The black guy who was supposed to be keeping an eye on this part of the school took the three of us into the office. Trevor had a reputation as a bully so it didn’t take long to convince the vice-principal Mr. Fredericks who started everything. Trevor was suspended for three days. I was suspended for a day which was mostly to appease Trevor’s mom who felt her little boy was just the most precious person and couldn’t possibly have deserved what he got. I was taken out for a nice dinner by my parents after they heard about it.

The troubles with Ryan began shortly after that. At first it was just him showing his appreciation for me sticking up for him. Then he would find excuses to be around me all the time. I explained as gently as I could that he didn’t need to carry on about it. It really started to become an issue when Ryan’s brown-haired head would appear frequently near my house during the summer.

Then came the week of homecoming during our sophomore year.

Ryan found the courage somewhere to approach me and ask me to the dance. I saw that he dressed nice for the occasion and I was touched by the flower he brought to go along with the asking. I didn’t want to embarrass him so I asked him to follow me to a secluded place by the school. When I was sure no one was listening I told him I wasn’t going to the dance. I tried to let him down gently.

I guess some could say that what came of that moment I should have seen but I didn’t. I saw his face fall but I didn’t see anything to indicate where things would go from there. Ryan called in sick for the rest of the week. I wasn’t sure how to feel. I talked with my mom and she even agreed I handled it well since I didn’t go out of my way to hurt him.

Come; share in the adventure of; Kylie Erikson; as a chance sighting through her telescope; leads to adventure in; Go; Forth to Space; Young Ambassador. Avaliable in Kindle format @Amazon.com. Press the link on the left of this page and enjoy the ride.